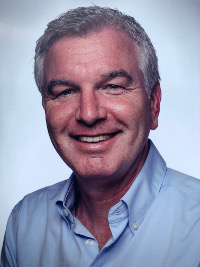 Alexander de Greiff is Corporate Entrepreneur and converts innovations into sustainable business models. He created the Mighty-Office app and cloud services and in 2013 founded the company behind it. As Senior Program Manager for Telekom he was responsible for the introduction of a security infrastructure for 130.000 staff and before at T-Mobile he was responsible for the European Data Network department.
Before Alexander joined T-Mobile in 2003 he was founder and CEO of the vectiv GmbH, a Munich-based venture capital firm where he helped found several startups like the Agri Exchange Network AG. Before he was managing consultant at Diebold and worked for Deutsche Bank in Frankfurt and New York where he oversaw the securities trading- and settlement system.
Alexander de Greiff holds a diploma in Computer Science and Business Administration of the European Business School in Oestrich-Winkel, London and San Diego - which is where he met Dennis. 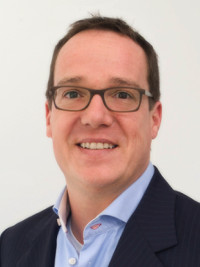 Dennis Rubner has over 19 years of leadership, operations and consulting experience in the communications and technology industries.
Most recently he held the position as CEO of a Swiss b-2-b cloud telephony start-up.
His previous experience includes senior leadership functions across Europe within private equity investor Exigen Capital, member of the management team at UPC-Cablecom and senior management consulting roles at Accenture, Solution Providers and Exigen Services where he advised companies in the telecommunications and finance industries.
Dennis holds a diploma in Computer Science and Business Administration from the European Business School in Oestrich Winkel, London and San Diego - which is where he met Alexander.